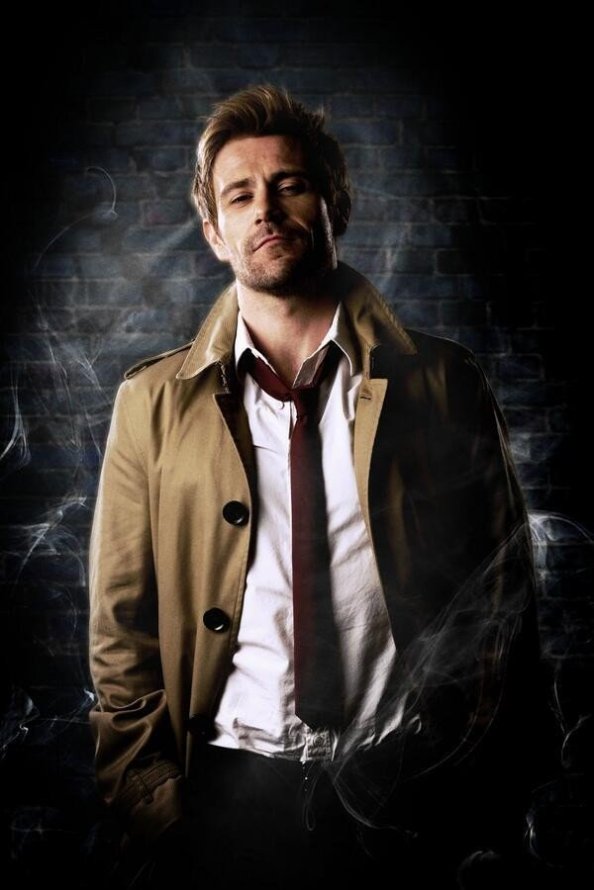 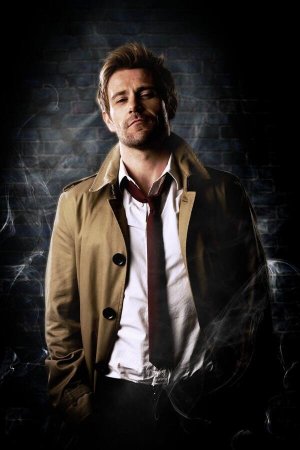 Comic book fans have been eagerly awaiting news about the upcoming Constantine television series, aimed to premiere this fall on NBC. But this week David Cerone, executive producer of the show, came out to disclose that they have no intention of showing the lead character, John Constantine, as bisexual on the show. His sexuality, along with his healthy appetite for carnal pleasures and his addiction to cigarettes, are all being whitewashed away in favor of a slightly safer version, suited for network television.

John Constantine, one of the longest running characters in his Vertigo comic Hellblaizer as well as in such titles as Justice League Dark, Books of Magic, and now DC Comics Constantine, is a pretty rough character. He is a magician, a former punk rocker, a former mental patient, and generally a right bastard about a lot of things. He smokes, he drinks, he cusses, and he sleeps with whoever he pleases. Along the way he saves the world and folks from demons and other nasties, and not always by doing what is right. In other words, Constantine has been the DC universe’s own magician anti-hero since his debut in 1985. Even in the Keanu Reeves film of the same name, Constantine walked the line between being a good guy and a real bastard. That’s just the character. That’s just John Constantine.

Yet of all the things that immediately get pushed out of the character is Constantine’s sexuality. Entertainment Weekly points out that though network television hosts a serial killer that carves off people’s faces on Hannibal, it seems like the idea of a bisexual, chain-smoking hero just can’t be possible. Let’s think that over for a second. The network would rather allow for a character to rip off people’s skin and show dead bodies left and right in various states of decay and destruction then allow for a show to have a bisexual character who smokes too many cigarettes and likes to get laid. This is taking the whole ‘American culture has more of a problem with sex than violence’ thing a little too far. But hey, that’s our ‘broadcast standards’ (and hypocrisy) for you.

Cerone also noted in his remarks that Constantine’s relationships in the twenty-plus years of comics have mostly been with women, and that his being bisexual isn’t that relevant to the character.

“Within this tome of three decades [of comics] there might have been one or two issues where he’s seen getting out of bed with a man. So [maybe] 20 years from now? But there are no immediate plans.” 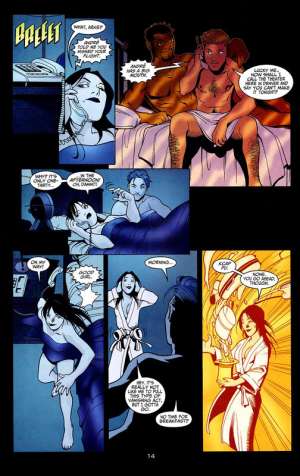 I’m intrigued as to how Cerone sees bisexuality as something that doesn’t need to be present until twenty years from now. Is he implying that twenty years from now is when people might feel comfortable seeing a bisexual person on network television? That might not be what he intended by the comment but that seems to be the ugly reality of the fate of bisexual representation on network television. Constantine’s sexuality is part of the character, as much as his trench coat or need for a serious shave. Though it may not have been revealed until later on in the comics, the fact that he is bisexual is a known part of the character’s arch and the fact that it is being ignored by creators in favor of a slightly more palatable character is just another example of how most media ignores the fact that bisexuals exist.

Network television has slowly embraced gay characters on their shows, creating space for narratives that once would have been completely taboo. So why is it that bisexuality is still anathema to so many? This cleaned up version of Constantine seems like nothing more than the typical Hollywood demographic pandering at work. Execs want a hero who guys will admire and either emote into or consider the kind of guy you’d want to go out on adventures with. They also want a character women will go all fluttery about, the kind of hero in a comic book television series that will launch a million fanfics. They do not, however, want to confuse the issue by throwing bisexuality into the mix. That could alienate male viewers who are uncomfortable with the idea of seeing their hero kissing a dude.

Look, I’ve been an avid Constantine fan for years. I own every graphic novel, found every issue that I can to read. I’ve even read the ones that were so gorey they made me queazy. That being said, I wonder how familiar the network is with the subject material they’ve gotten into and how much they’ll be whitewashing away besides Constantine’s bisexuality. They do know they’re telling the story of a guy who consorts with demons on a regular basis right? Where’s the pearl-clutching about that? Who’s going to say ‘won’t somebody think of the children’ the first time Constantine has a conversation with Nergal? Or Satan? The broadcast standards guys might not be too pleased with his other activities, so how much of Constantine is really going to survive? Certainly not a part of his identity, like his sexuality.

And so Constantine will go on television just a little more squeaky clean than before. And once again, the narrative of a bisexual character is cleaned up, and bisexuals find themselves once more invisible on network television.

But at least the face cutting cannibal serial killer demographic has been met, right?